The XO-16 Chaingun is a fast firing, belt fed, fully automatic Titan weapon. Possessing a considerable rate of fire coupled with high precision and low recoil, very rarely will a Titan pilot miss its intended target. This versatility makes it an ideal weapon for mid to long range engagements, while at close range hailing an opponent with enough high calibre rounds will cause other Titan opponents slight vision-optics distortion, disorientation and confusion. A perfect two way weapon, effective against both Pilots and Titans, it is the go-to weapon for all Pilots of any level.

Perhaps its only drawback is - especially with the Accelerator - its relative inefficiency. The XO-16 can burn through its ammo reserve with the same kind of speed that it chews up enemy Titans. Pilots adept at keeping their Titan combat-capable may ultimately find themselves running out of ammo during prolonged engagements, especially during Frontier Defense.

Effective in most situations against all opponents, the XO-16 is best used on open maps with clear lines of sight. Its instantaneous projectile and fast, sustained rate of fire make in perfect for wearing Titans down. It can easily cut down pilots, and is much more effective at cutting down fast moving and ejecting Pilots than any other weapon in its class. Its main drawbacks include its lack of overall power-per shot, as other Titan weapons do much more damage per shot in a shorter time span. Any Titan-class works well with the XO-16, an Ogre can withstand more punishment, which can make up for this weapons lack of firepower. The Stryder can be used to cover long distances, keeping out of direct conflict with its mobility, while dealing sustained firepower against enemies. The Atlas's versatility can be combined with this weapons, making an overall solid class with no significant strengths or weaknesses, while receiving the added boost of this Titans Damage Core ability. 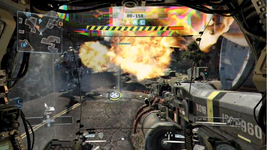 Image of the XO-16, before being ejected from Titan 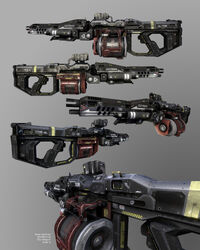 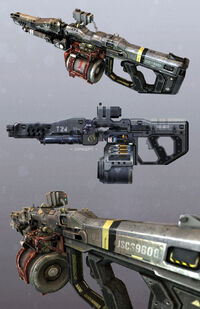 Another series of renders 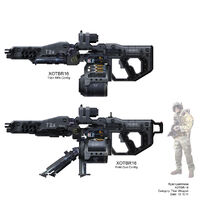 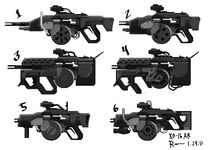 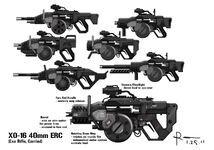