It features an IMC training facility with a large warehouse in the center of the map. Both sides of the map include two Heavy Turrets.

IMC Pilot training programs conducted at training facility “Whitehead” have a 98 percent fatality rate, hence the base’s mantra: “Only the strong survive.” Titans with ranged weapons dominate the man-made landscape, dodging behind the modular buildings that dot the training area in order to avoid enemy ﬁre, before dashing back out to deliver precision blows to their opponents with Titan Railguns and 40mm Cannons. Pilots can avoid the outdoor carnage by moving through the basements and catwalks of the central building, while snipers can ﬁnd ways to get to its rooftop for a tactically advantageous view. 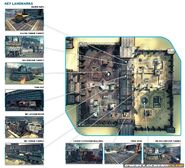 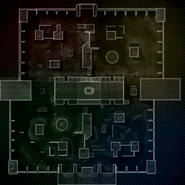 Minimap.
Community content is available under CC-BY-SA unless otherwise noted.