End of the Titan Wars

Relic is a multiplayer map featured in Titanfall. Parts salvaged from this old IMC shipwreck are sent into the valley below for further processing. It was added into Titanfall 2 in the Monarch's Reign update.

The IMS Odyssey landed on a mountain on the planet Troy. The mutinous former crew set up Colony G21 at the base the mountain, ferrying materials from the ship to build their new home.

When the IMC attacked G21 in the Battle of Troy, James MacAllan led the colonists to the safety of the ship. As the IMC battled the Militia, MacAllan called the Militia to the ship to help him extract information from the ship's databanks. The Militia evacuated the ship and began salvage operations, until IMC forces engaged them to keep them from extracting any more supplies from the IMC vessel.

The parts salvaged from this old wreck of the IMC carrier IMS Odyssey are sent into the valley below to construct and maintain the survivors’ ad hoc colony. Pilots helping with the salvage operation shave created clever wall running routes by hanging pieces of the wreckage between buildings, allowing them to traverse the massive work site quickly. Due to the wreck’s central location, several Titans posted up inside the ship’s interior can dictate combat ﬂow quite effectively. However, the low-ﬂanking route around the outside of the ship can be used to circumvent this strategy. You’ll ﬁnd out soon that all the action is near or inside the Odyssey. Pilots will ﬁnd the many walkways and wall runs inside the Odyssey prove extremely useful. Do not get caught sitting in one area too long or you’re sure to be killed.[1] 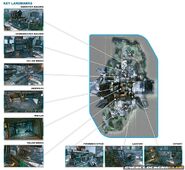 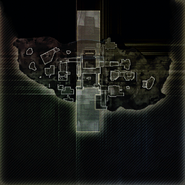 A Pilot on Relic

Relic, as updated in Titanfall 2.

A battle rages inside the ship's interior.