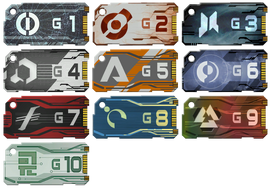 Regeneration is a mysterious process which certain Pilots may be invited to undergo. The exact process is not fully known, but the end result will "refresh" a Pilot's body, allowing them a number of combat enhancements to enhance the Pilot's rate at which they can learn and react to information. This process, however, comes at a large cost; the Pilot undergoing regeneration will lose some of their memory during the regeneration process, requiring them to learn skills or earn equipment again (presumably by having to re-train their skills on how to use specialised equipment such as weapons).

To undergo the regeneration process, esteemed Pilots will be given an invitation by an Advocate, giving them a set of co-ordinates in a city on the Frontier to which they must attend. There is no negotiation in regeneration; a simple "Yes" or "No" are the only accepted answers.

Upon arriving at the relevant location, Pilots are reported to notice mysterious medical contractors and a number of surgical tools and components laid out, which are used to augment the Pilot during the surgery. This process utilises repurposed IMC (specifically, Hammond Industries) and ARES Division technology, which is used in a BIOS to "boot up" the Pilot's consciousness once the process is complete.[1] It is possible that Pilot memories and personalities are stored in an external storage system (similar to a Simulacrum) during surgery and put back into the Pilot's body once the process is complete, requiring this process of reactivation.

It is likely that part of the reason for Ash's memory loss is due to regeneration.

When a player reaches level 50 and completes the required challenges, the player will be able to regenerate. Doing this will reset all of their weapons, challenges, etc. The player will keep their Burn Cards, Titan Chassis', Credits, access to the Black Market, Titan Insignias, and Burn Card Slots. This will also multiply experience points earned by the player, depending on Regeneration level.

To regenerate from Generation 1 to Generation 2, simply level up to be level 50.

The only main difference between regenerating in Titanfall and in Titanfall 2 is that in the second game there are no prerequisite challenges, weapons and other pilot non-cosmetic items already bought using credits will always be unlocked, weapons will always keep their level, and the same goes for Titans. All cosmetic (e.g. camos, banners, etc.) items are always kept.

It is optional to regenerate, but if players accept it then they earn a patch that signifies that they are generation X.

As of A Glitch in the Frontier, players are now able to reach Generation 100, and will have a special rank chip shown on their Callsign for every tenth generation they progress (Seen below).

As of Titanfall 2, weapons, factions and Titans can also be regenerated. However, they do not work along the same lines as the main Pilot regeneration. Instead, upon reaching level 20 with the weapon, faction or Titan in question, the equipment will then have a level modifier of "2.00, 2.01, 2.02" etc until once again reaching level 2.20, where the modifier will change to 3.00. This trend can continue up until a maximum level of 100.00 and you keep all mods and cosmetics in regeneration. In the case of weapons and Titans it will result in a new cosmetic item.