Over two centuries ago

The IMC, formerly called Hammond Engineering, is a massive industrial conglomerate based on Earth. With Earth's support, IMC deployed its fleets to the distant, independent human colony worlds to exploit their rich resources. Facing the loss of their homes and freedom to the IMC invaders, the colonists formed a militia known as the Frontier Militia and fought back, sparking a civil war that spread throughout human space.

The founder of the IMC was Doctor Hammond, said to be at least 200 years old (or dead, depending on who is talking), and the current chairman is known as Hammond Jr. or Mister Hammond,[2] a descendent of the founder.

The corporation started out small, in the natural resource extraction industries under the name Hammond Engineering. Fifteen years later, demand for Titan manufacturing materials, combined with Hammond's market-cornering planetary survey technology and map database rights, contributed to the explosive growth of the corporation. Over the course of a century, a series of acquisitions, mergers, and re-brandings lead to the transformation of Hammond Engineering into the sprawling commercial empire that is the IMC.[3][4] In this time, the IMC would engage in a number of conflicts in the Core Systems.

Eventually, the IMC would gain access to Jump Drive technology, leading them and their subsidiaries to settle the newly-discovered region of space known as The Frontier. The IMC would implement the IMC Serviceman's Readjustment Act (or "G.I Bill"), allowing former soldiers of the IMC's conflicts in the Core Systems to be given land and money to settle the Frontier. These troops would have their own skills in the operation of firearms and Titans.[5] There were many economic, military, political and industrial reasons behind these programs.[6]

However, IMC support would soon dwindle as the public interest in the Frontier dwindled,[7] eventually drying up altogether with the eruption of several conflicts in the Core Systems.[8] Frontier life would largely go on independant of Earth for several decades, leading to the population of the Frontier gaining a large independant spirit.[9]

Eventually, the IMC would once again turn to the Frontier, discovering that Frontier life had not just survived, but thrived. Many worlds had been colonized, and resources were plentiful.[10] Struggling to meet consumer demands in the Core Systems and realizing the potential of the resources on the Frontier, the IMC declared eminent domain - citing their initial investment in the Frontier's colonization - and began setting up vast manufacturing and mining sites on a variety of planets. This would often displace the existing Frontier population, increasing tensions between the colonists and the perceived invaders.[11] After several decades tensions eventually led to the citizens of the Frontier forming the "Frontier Militia" and striking at numerous IMC garrisons[12] these actions were possibly the beginning of the Titan Wars.

The Titan Wars were fought by the IMC and (presumably) the newly-formed Militia. During this war, the IMC and Militia fought on the Frontier and in the Core Systems.[13] These conflicts involved heavy usage of the Atlas Titan.[14] During this conflict, Commander-in-Chief, Frontier Command (CINCFRONT) Vice Admiral Marcus Graves would serve alongside Captain James MacAllan and Pilot Robert "Barker" Taube aboard the flagship IMS Odyssey. The operations conducted by MacAllan and Barker would eventually form the basis of IMC counterinsurgency doctrine for decades to come.[15] However, the crew of the Odyssey would eventually grow tired of the IMC's treatment of Frontier citizens, leading to a mass mutiny onboard the flagship.

Presumably, the IMC's continued presence on the Frontier is an indication these wars ended in an IMC victory, despite this mutiny.

Following the Titan Wars, the Militia would continue to conduct guerilla operations against the IMC[16] - though would be mercilessly hunted down by Admiral Graves. During this time, the IMC would contract mercenary Kuben Blisk, and his mercenary group the Apex Predators, to assist in counterinsurgency operations. Eventually, fifteen years later, the IMC would engage the 1st Militia Fleet during a refuelling raid conducted on Victor.[17] This battle would end with Militia forces escaping, and IMC probes sent after them discovering signs of life in Sector Bravo-217. Upon discovering this previously-hidden colony was in fact populated by the survivors of IMS Odyssey, the IMC proceeded to massacre the town. The Militia would follow SOS signals sent out by colony leader MacAllan, eventually agreeing to extract the colonists in exchange for MacAllan's help in defeating the IMC.

MacAllan would take over leadership of the Marauder Corps, leading a series of Militia victories against the IMC at Angel City, Outpost 207, Base Golden and Airbase Sierra. The Militia would take down flagship IMS Sentinel and wipe out the 1991st Combat Support Group in the process.

Following the Battle of Demeter, the IMC's Frontier forces would see major defections to the Militia cause, including Vice Admiral Graves himself. In need of a commander, the AI construct Spyglass would be promoted to the rank of Vice Admiral and the fleet organised into the entity known as the "Remnant Fleet". This fleet, now largely composed of automated units, would begin to conduct numerous raids against both allied and enemy targets.[18] This would lead to a fragmentation of the IMC war effort against the Militia, resulting in IMC-allied groups such as the ARES Division and Vinson Dynamics deploying forces against the IMC.[19]

The Remnant Fleet would go on to found a Fleet Operations Base on a thus-far unidentified planet, using it as a base to launch their raids. They would continue to engage the now-rapidly growing in strength Militia for the next five years, ultimately suffering the loss of many robotics factories - crucial to matching the Militia's numerical advantage. In some cases, units may be composed of as high as 50% robotic infantry platforms such as the BRD-01 Spectre.[20]

As a part of Operation: Broadsword, the Militia Special Recon Squadron would seek to conduct an attack on the IMC research planet Typhon. Believing the planet to be a simple outpost with minimal defenses, the 9th Militia Fleet were easily destroyed by the Anti-Orbital Defenses surrounding the planet. It would later transpire that the Archaeolgical Research Division, led by General Marder, were attempting to restore salvaged alien technology to construct a weapon capable of destroying entire planets, with the intention of using it to force a Militia surrender. Ultimately, this attempt was narrowly stopped by Pilot Jack Cooper, and the weapon was instead used to destroy Typhon itself.[21]

During the battle, the IMC was able to recover the wreckage of two destroyed Vanguard-class Titans, tasking Vinson Dynamics with reverse-engineering the Militia technology. This project would later bear the Monarch-class Titan.[1]

Despite their reputation of exploitative behavior on the Frontier, they receive little criticism from their shareholders and customers living in the Core Systems, as the material conveniences and widely used products provided by the IMC generate considerable 'consumer inertia,' to the corporation's benefit.

With the Frontier's valuable shipping lanes and vast planetary resources ripe for exploitation, the IMC is dedicated to maximizing profits and shareholder wealth, using the legal application of force when necessary.[3] 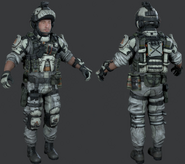 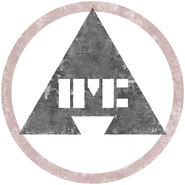