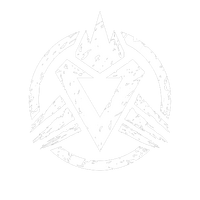 Arenas is a game mode in Apex Legends introduced in the ninth season. It condenses the chaos of 20-squad Battle Royale matches down into more focused 3v3 combat. Players face off against the each other without any other squads coming to crash the party — allowing one to focus on surviving and winning the fight. Players compete over multiple rounds, striving to be the last squad standing each time. Ash is the announcer of the arena matches.

Winning each round earns a team a point. To win the match a team needs to score at least 3 points and be ahead of the opposition by 2 points.

If the regular 6 rounds do not yield a winner the game moves on to 2 additional tiebreaker rounds, the same rules apply: to win a team must be ahead by 2 points.

If there are still no victors after 8 rounds the game goes into sudden death and whoever wins the 9th round wins the match.

Match & loadout
Each match, players start from scratch with base equipment and a fixed amount of materials to spend. More materials are earned in each round. Materials cannot be purchased and must be earned in the rounds. Before the start of every round, players will be able to spend materials earned during the previous rounds to buy new weapons, upgrades, ordnance, healing supplies, and tactical charges. Weapons don’t carry over from round to round.

Resurrection
If a player is eliminated in a round, their teammates won’t be able to respawn them, players can still revive knocked teammates.

There are a total of 6 locations where the matches take place. 3 new and permanent locations: Party Crasher, Phase Runner, and Overflow. The 3 other maps are locations from Kings Canyon, World's Edge, and Olympus that are on a bi-weekly rotation.

Mirage lost control of his ship and crashed it into a down-town plaza. Typical, right?

While taking the Mirage Voyage on a joyride through the former IMC controlled hotspot Kómma on planet Solace, Mirage lost control of the ship and crashed it into a plaza. Any other person would have spent the rest of their life paying the bill for such a blunder, but since this once thriving city full of gambling, clubs, and home to various questionable activities has become a ghost town, Mirage, the Apex Legend he is, struck a deal with the current owners. With support of the upcoming Arenas matches, Mirage cleared his debt by assisting to reignite the city and put it back on the map.

Party Crasher takes place in a luxurious, down town plaza where players can choose to engage on the crashed Voyage, or the opulent two story buildings that make up the plaza. The map is varied, with each side playing to different strengths and offering a wide range of options. The down-town plaza is well connected, pushing players to make quick decisions within its many flanking options, while the Voyage sits up high, offering great sight lines and elevated positions for those that wish to play from further distances.

The Phase Runner on Olympus is unique, but it wasn’t the first of its kind.

The Phase Runner on Olympus is unique, but it wasn’t the first of its kind: the Outlands scientific community had to test the technology before it was safe to install on Lilian Peck’s intellectual paradise. They built a research center in a remote section of Talos where they tested a truncated prototype of the Phase Runner. It has long since been abandoned, but the prototype remains intact and functional. Disagreements with ownership of the property has provided Arenas with the repeated opportunity to host matches without disruption.

Phase Runner is located at the peak of a mountain. The large center is very open, offering plenty of long sight lines to find your enemy. This contrasts the industrial points of interests, which focuses combat to be mid-to-close range. From either spawn, players can take the prototype phase runner to gain almost immediate access to an area and begin combat quickly. Construction wasn't completed on the other side, so players will fight through the abandoned space that offers various engagement ranges and multiple flanking options.

The floor is lava! Well, some of it, anyway.

After trace amounts of Branthium were discovered in magma flows on Talos, Hammond Robotics began aggressively pursuing various means of mining it. One was an automated processing rig officially referred to as Hephaestus Station, it’s affectionately referred to as Overflow. It hasn't seen any human activity for the majority of its operation, but after its spacious platforms caught the eyes of the Arenas organizers, it began doing double-duty as an industrial mining operation and a site for chaotic combat.

Overflow differs from other Arena maps by being lane focused; where each location is separated by tall, lava-filled structures. With this separation, players cannot easily spot early decisions made by the other team and will need to stay vigilant before committing to a side or risk being flanked. While there are opportunities for long-range engagements, combat tends to favor short-to-medium ranges along either POI: Overlook or Slope.

Overlook is a long, open area with a central interior that gives a height advantage over this POI. While this area is perfect for snipers or DMRs, players may want to hold the interior to control not only this area but their flank as well. Slope, as the name implies, offers both a high ground and a unique area where players can slide down to a remote part of the map. This area can be used for sneaky flanks or defensive setups where players may not expect it. 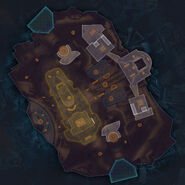 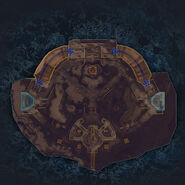 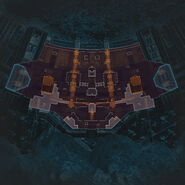